ーA Story of Changing the Futureー

The Fragment's Note+ 10th Anniversary Project is underway! Newly adorned with a full voice over and updated graphics, this visual novel is now available for the Nintendo Switch!

Our products have been temporarily unavailable due to ratings.

Added a banner for the website "Fragment's Note+ AfterStory"

Fragment's Note+ is available now for Nintendo Switch™! Have fun and enjoy! 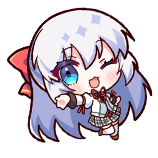 I will protect you... Daddy, and everyone else too.

After all, the future is something that is shaped by the decisions you make.

This is the story of Yukiha Tenjo.

We will not answer questions about how to complete the game.
Furthermore, we may not be able to answer all questions depending on the circumstances.
Thank you for understanding.